Finally! Learn How To Easily Defeat The Younger & More Athletic Guys At Your Gym - Even If You Are Slow & Inflexible - From One Of The Best Coaches On The Planet

Not only that, he's also the undisputed BEST BJJ TEACHER IN THE WORLD FOR GUYS OVER 30! 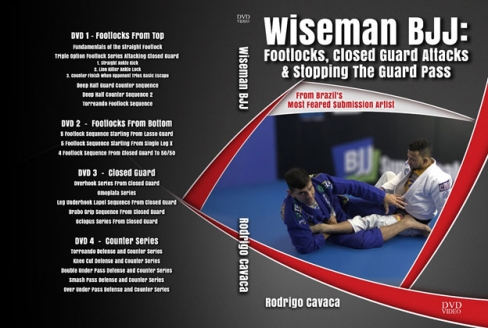 Rodrigo Cavaca is 36 years old - he lives in Santos, north of São Paulo Brazil. He has a family he loves to talk about, he has lots of Jiu Jitsu students he loves to coach and when you meet him he can't help but smile most of the time...

He's a lot like most regular guys with one small exception: He absolutely kills younger guys when he rolls, even top rated competitors, & HE CAN TEACH YOU HOW TO DO IT TOO!

He's old enough to fight as a Master 2 but that wouldn't even be a challenge - he fights the adults, guys 23-28 and he almost always wins. He's a 2 time world champ and he won both of those titles in his 30s!

Cavaca took a lowly white belt with puffy cheeks - Marcus "Buchecha" Almeida - and turned him into the greatest competitor ever to step on a mat. He has trained lots of other wrecking machines as well - he started a new team a couple of years ago and he already has over 200 schools affiliated. Think about all of his accomplishments as a competitor, coach and team owner... he may seem like a regular guy in the US but in Brazil, the best Grappling country on the planet by a mile, he's royalty. He's been around a long time and despite his unassuming demeanor - Cavaca is a Jiu Jitsu genius who sees things the rest of us don't see. He can watch just how you and your opponent move and quickly teach you how to beat him or teach him how to beat you. 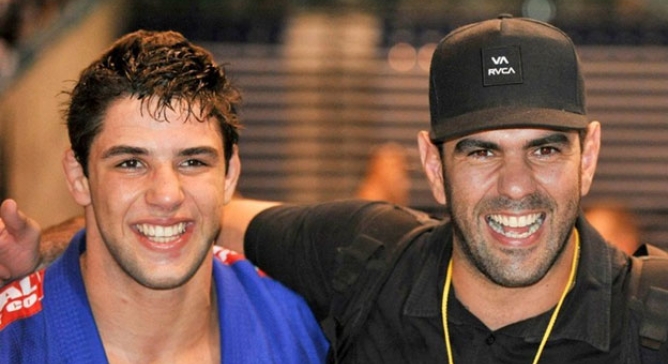 Not long ago - Cavaca took on one of the strongest and most athletic competitors Jiu jitsu has ever seen: Roberto "Cyborg" Abreu.

Cyborg is under 6 feet tall but a very thickly muscled 230 lbs - he's built like a bodybuilder. He can likely bench press over 400 lbs, he is insanely flexible - he turns upside down like a Cirque de Soleil performer - and is probably the most explosive guy in BJJ. He has won a lot too - in Brazil he was a wrestling champion - and he's won the ADCC open class championship when he beat Keenan Cornelius and Buchecha. Imagine trying to fight this guy...

The match started and then it stopped... Cyborg tapped - it only took 10 seconds. Cavaca has an ankle lock setup we've never seen - it's simple, it's fast and it's easy and it's one of the first positions he shows on his DVD series. You won't believe how effective or simple it is. 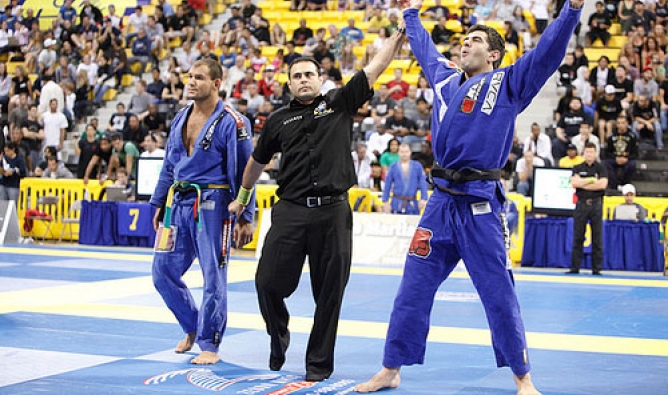 in their athletic primes?

1. Attack the feet. This is where all of the young studs are weak - there are no muscles down there.. Again, Cavaca is a nice guy but when he attacks the feet he sounds like an evil doctor - he knows how they are supposed to bend and how they aren't.. when he goes for a "straight" footlock, it is fully legal but he bends the foot a completely different way - it's more like a toe hold or a heel hook - the power in the submission it is mind numbing. If you feel it your eyes want to jump out of your head - it is almost like cheating.

If the opponent resists - he has a whole series of sequences that will ensure his opponent's doom. The first one is that he switches hands and goes to a "lion killer” grip - wherever on the lower leg that you grab, it wants to explode. The other one is the toe hold. Most guys get frustrated but once you learn which way to roll the toes - this becomes close to a game over submission. Cavaca knows how to break a foot like no one else (if they tap - which they will - it won't break).

2. Develop a great closed guard. Cavaca's closed guard is like a Venus fly trap - there is no getting out. His attacks are simple but you probably haven't seen them. He has little guard hacks that give him an unfair advantage- when he uses the lapels in a Brabo grip or under the leg - the opponent just can't move. This grip opens a series of chokes, arm locks, sweeps and back takes.

3. Retain Your guard. Cavaca says the secret to keeping your guard and not getting it passed is to know the most common guard passes and how to stop them. He has systems to stop the Knee Cut, the Torreando, the Double Under, the Over Under and the smash pass. Knowing how to stop all of these passes will make you FEEL SAFE ON THE BOTTOM AGAINST YOUNG MAT KILLERS!

So what is on this DVD series?

- Fundamentals of the straight footlock

- Over under pass defense and counter series

How much is it?

Well, what is it worth to figure out the secrets to finally dominating those younger, quicker, stronger opponents?

This is one of the most groundbreaking programs on the market. Renowned competitor and coach Rodrigo Cavaca is going to draw back the curtain and let you in on the secrets he’s perfected through the years.

We’d ask how much do you think it would cost to get a personal instructional from Cavaca but we won’t bother – you can’t get in if you’re not a potential world champ.

So again, how much would you expect to pay for this kind of learning experience?

We could easily have charged $197 and it would have been a bargain. But we’re not going to do that.

Instead, cut that price by more than 60%! That’s right…

Your purchase is backed by our 30-day No Questions 100% Money Back Guarantee.

Claim your set right now with ZERO RISK, watch the videos, then decide if you want to keep them.

If you miss out, you’ll be sorry.

So click the button below right now, and we’ll ship your DVDs right out to you.